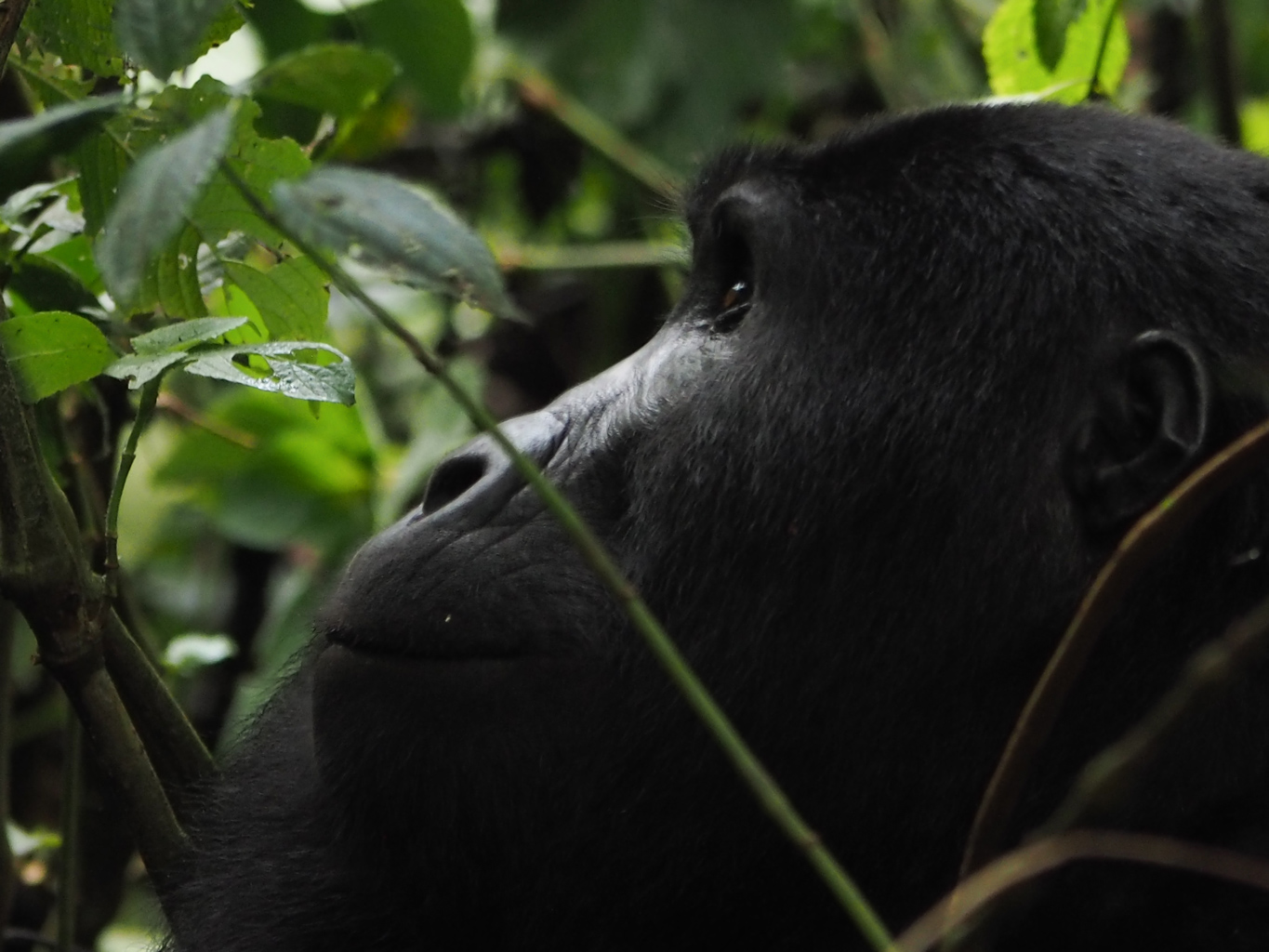 The trek to see the mountain gorillas in Uganda was one of the hardest I’ve done. By hard I mean that it was very humid, we had to do a series of steep (often slippery) ups and downs to find the gorillas, and the forest vegetation was very dense.

There was definitely no dount as to why it is called the impenetrable forest.

The gorilla group that we were trekking for today, known as the Nshongi group, had moved further than the guides had anticipated. It was assumed that two gorilla groups had ‘come together’ over night and had a bit of a ‘kerfuffle’ which meant the group had travelled further than ‘normal’.

To be honest, the fact that we did not find the group so early on in the day actually added to the adventure. The sense of achievement in finding the gorillas made it all the more memorable.